This was exactly 10 days before Kelsey ran a half marathon personal best of 1:13:57 to qualify for the 2016 US Olympic Marathon Trials and came just 10 days after finishing 4th at the 2015 NCAA XC Championships.

Very rarely do things work perfectly to plan…and when they do, I think sometimes we get spoiled and think that they should always work that perfectly. Things went perfectly from June 2015 until December 2015 for Kelsey Bruce…and honestly, if you don’t count the Marathon Trials, which were run as more of an ‘experience’ than an actual trained for race, the entire June 2015 through June 2016 went about as perfect as possible for Kelsey.

She moved to Flagstaff, Arizona for the summer and put in her first 100+ mile weeks building a huge base that would last her for the entire year!!! She won the MSSU Southern Stampede (and was named NCAA Athlete of the Week), finished 3rd at the Arkansas Chile Pepper (both races in PR times), won her 4th consecutive Conference Championship, won the South Central Regional Championship, was named South Central Regional Athlete of the Year, placed 4th at the NCAA XC Championships earning her first All-American honors in XC, ran a 1:13:57 in the half marathon qualifying her for the trials, ran the US Olympic Marathon Trials, set PRs in the 5000 meters and 10,000 emters on the track, finished top-10 at the US Half Marathon Championships, US 25K Championships, and US 20K Championships, and ran a 2:36:07 marathon at Grandmas Marathon.

THAT IS A GOOD YEAR.

And it’s a hard year to repeat.

Thankfully, we’ve continued to run personal bests (over 3000 meters, 5000 meters, 10,000 meters, and the Marathon) and get faster over the past 2+ years…but the lesson here is pretty simple…DON’T GET SPOILED BY A PERFECT YEAR. 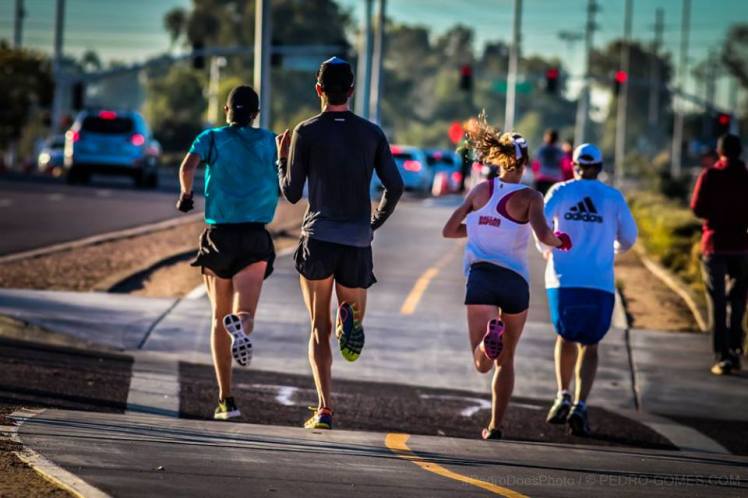