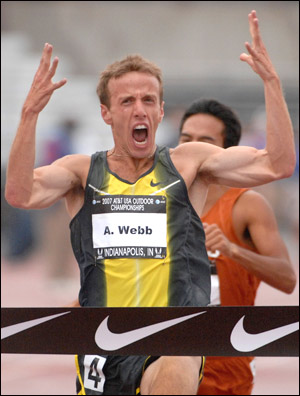 A few years ago at our Conference Championships in cross country we had the pleasure of listening to Alan speak at the conference banquet. He spoke over a lot of different topics, but the one that sticks out to me is how he approached goals and major competition.

How are you preparing for your goals and major competitions? Have you been there before (in your dreams? in your visions? in your preparation?)…or is the first time you’ve been there actually when you line up on the starting line?